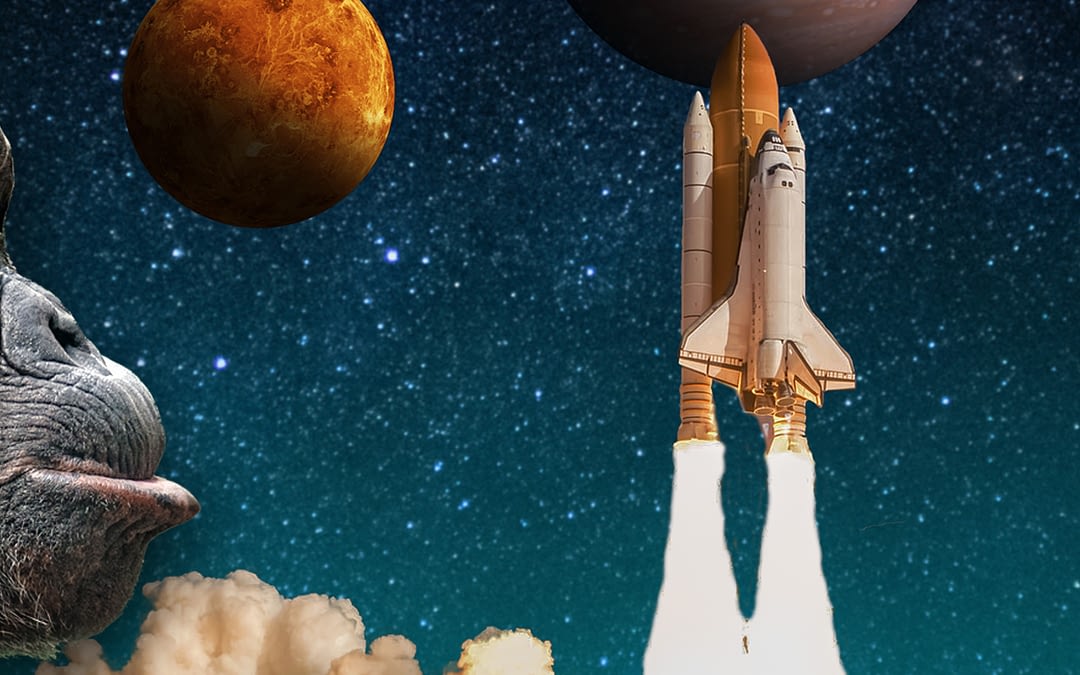 In human history, technology has always been at the forefront of larger transformations – whether it be societal, cultural, economic, or geopolitical. And very often, all of above. These transformations reach from gradual but substantial change to more pronounced and unprecedented disruptions.

For instance, from the stone age using stones as tools as early as 3 million years ago and gaining the power of controlling fire with flint stones since at least a million years by early hominids. To the invention of more complex machinery as the shadoof, later adopted in ancient Egypt and revolutionizing local agriculture and enabling a civilization to strive in a desert, stretched alongside an over 4,000-mile-long river as its lifeline. Technological innovation and human advances are countless – bringing out the good, and sometimes the bad.

Harnessing nuclear power in the 50’s and 60’s instilled in us the naive vision of a futurist civilization of omnipotent engineering, a promise of endless energy, the advent of the Atomic Age that should bring us into a prosperous future and into space. Today, we adore these comically simplistic depictions as retro-futurism, ignoring their blueprints originating from a terrifying backdrop of military ugliness in Nagasaki and Hiroshima. And again, nuclear power being discussed today as a vital puzzle piece, an addition to the portfolio of future carbon-neutral energy sources despite the challenges of managing radioactive waste. Just one example of technology changing the face of society – and society floating on a dream of technological potentials.

Excavation and drilling technologies providing access to fossil fuels, propelling the development of global production industries, vast logistical transportation networks, and powering millions of homes – while being the culprit of our most dire global threat to our habitat: climate change.

From Shampoo to Space

We’ve seen the advent of writing in early civilizations in Mesopotamia. The rise of empires built on military innovations from Roman process efficiency, organization, and mass-scale engineering, or the invention of Chinese gunpowder to successfully fight off the Mongols leading to arsenals of weaponry and a race for geopolitical advantage we see today. Cannons, bombs, to rockets bringing war – and bringing satellites into space, to ARPANET, the military precursor to our Internet today. A technology to ensure a functioning command system to launch nuclear warheads to a network providing digital classrooms for children in remote rural areas, the internet has emancipated from a facilitator for mass destruction to a game-changer in societal progress.

Innovation has always been a catalyzer for change – either as a driver, disrupting the status quo, or an expression of underlying currents happening, e.g., within a culture or a region. Just like the Silk Road, an impressively expansive trade route enabling intercultural and economic exchange between worlds, allowing another Chinese invention, the navigational magnetic compass, to find its way to medieval Europe. But only after the first Vikings had already set across the Atlantic to explore North American coastlines using their innovative „drakkar“ ships and solar stones for navigating during overcast skies. Innovation seems to have been in the blood of all explorers.

But fast-forwarding to today, one of the most inflationary terms used is “innovation”. From adding amino acids to your shampoo, to privatizing space missions for „regular“ stratosphere tourists, bringing astronauts to the International Space Station, and perhaps first human colonies to Mars. From the Internet of Everything making your refrigerator talk, to mRNA vaccines developed to combat COVID and now opening the doors to novel cancer and malaria therapies. From self-driving cars promising to let you soon extend your morning sleep until you reach your office – if you’re not a digital nomad by then fully immersed in VR –, to implanting chips into our brains to improve our cognitive abilities, expand therapeutic options to heal neurological damage, to ways to leverage groundbreaking research in neuroplasticity.

What about the Future?

So – apart from companies or organizations, clustering and providing work and resources, either paid in money, tangible assets, or purely transactional in digital tokens, becoming more agile, decentralized, and „fluid“. Apart from work being redefined at its core and what it means to produce „value“. Apart from economies and societies being fundamentally transformed – apart from all that, in the future, “innovation” might only describe the rate, the speed at which change will happen. And how adaptable we will be to embrace it. Being “innovative” is at the heart of every organization, group, individual, and even organism – part of the DNA of all things evolving and adapting to an ever-changing and accelerating transformative world.

So, yes. Innovation is here to stay. It is a constant, inevitable, and undeterred by cultural scrutiny. Unstoppable in its nature, we can give it a nudge at best, try to steer the path it will take to guide us into a future we hope for. A future that can sustain – and advance – our society to support core humanistic values while satisfying our pioneering minds and insatiable curiosity. It will be more the question if we are up to the challenge, knowing where we want to go, are empowered with a mindset and values that can carry us into the unknown… to and beyond our final frontiers. Leveraging technology for a world that can sustainably provide a healthy habitat for our future generations – our next explorers, designers, builders, and transformers. That is what I so deeply wish for when looking at my own children.

Growing up between cultures and looking back at a career in IT, Technology, Media, and Innovation as an Executive and strategist for Fortune 500 companies and industry leaders has given me a unique perspective. In my article series “Journey to the Future” I want to open perspectives and help develop a deeper understanding, to enable readers to become their own explorers in this flow of change and complexity. 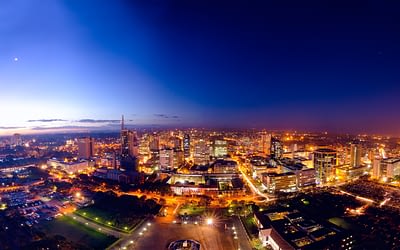 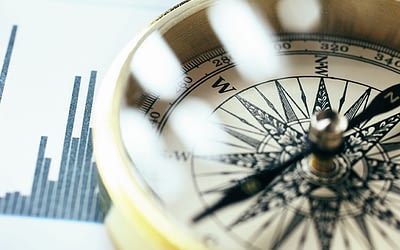